Five Decades of Grace: The Golden Anniversary of Pamoja Celebration

On the eighth floor of Creswell Residential Hall in October 1970, Nawanna Lewis had an idea that would add to the University of Georgia’s cultural fabric over the next 50 years. On October 18, 1970 Pastor Nawanna Lewis Miller (’73) became the Founding Director of Pamoja Organizations. Pamoja is Swahili for “together” or “one.”

On Oct. 18, 2020, at 6 p.m., Miller and Gregory S. Broughton, associate professor of voice, present a special 50th anniversary event of the Pamoja celebrating "Five Decades of Grace." The virtual celebration will include performances by each of the Pamoja Organizations including the African American Choral Ensemble (formerly the Pamoja Singers), Pamoja Dancers, Pamoja Theater and Art, and Pamoja Dance Company. Founded in 1976 by UGA grad student Larry Calhoun, the Black Theatrical Ensemble (BTE) also will join the virtual celebration to pay tribute to Pamoja.

“‘Togetherness’ or ‘unity in oneness’ was our essence. That is who we were as Black students on the campus of the University of Georgia in 1970 in the height of the first Civil Rights Movement,” said Pastor Miller. “We are now in the height of the Second Civil Rights Movement in Black Lives Matter. This time, students with global sensitivities and a commitment to justice and equality for all also populate the organizations that were established 50 years ago.”

The 50th Celebration Committee was inspired by the same unity of purpose originally breathed into Pamoja, resonating with love and unity. “I am in awe of the many magnificent, multicultural and ethnicities students who now participate in these organizations, and have done so through the years,” said Miller.

belong. The goal was to provide that spiritual and cultural component that they desperately needed; and to communicate their own story.

“The Celebration Committee is elated that Pamoja Singers now thrives as the African American Choral Ensemble, a component of the UGA Hugh Hodgson School of Music. For 31 years, Dr. Gregory Broughton has provided uncompromised leadership, and the challenge of excellence that makes our hearts sing. The legacy of togetherness and excellence is well intact,” Miller said.

was widely publicized, welcoming students of all ethnicities to the group where they would learn historical and cultural perspectives via performing a wide variety of musical genres inclusive of the African American Spiritual, Gospel, Classical, R&B and other popular music styles.

“My primary goal in working with this group is maintaining a standard of excellence in message, music and manifestation that we may carry out the mission of its inception in the name Pamoja, "Unity in Oneness" for humans of the human race,” said Broughton.

The 50th Anniversary Celebration will take place virtually on Oct. 18 at 6:00 p.m. Participants will need to register for free to receive the link for watching the event. To enjoy the historical slideshow, tune in at 5:30 p.m. Register in advance for this webinar:https://zoom.us/webinar/register/WN_SY95SzsUTReVh_uPMcJY2Q. After registering, you will receive a confirmation email containing information about joining the webinar. 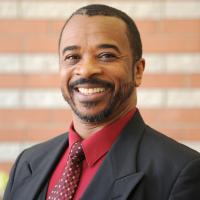